My name is David N. Welton. After nearly 15 years (give or take) of living in Padova Italy, I currently reside in Bend, Oregon with my wife Ilenia, our daughter Helen and son Daniel.

I've been solving a few more problems than I create with computers for more than 20 years. My profile on LinkedIn is here: https://www.linkedin.com/in/dwelton/. Most of my expertise revolves around free/open source software such as Erlang, Ruby (on Rails), Linux, Ubuntu/Debian, Apache, Tcl, Python, Java, C, and so on.

Over the years, I've spent a lot of my time working on Free Software (Open Source Software). I have been involved with several organized projects, such as Debian, and the Apache Software Foundation. Some past projects are here: freesoftware and my github page is https://github.com/davidw/.

I can be contacted at davidw (at) welton.it. I welcome correspondence regarding pretty much anything - so feel free to write about whatever's on your mind. 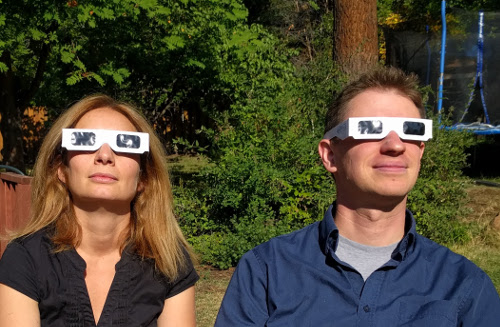 I was born in Eugene, Oregon, in November 1975. I also attended middle school and high school there, at: Roosevelt Middle School and South Eugene High School. I then went to the University of Oregon where I studied Italian.

I lived in Eugene until the summer of 1995. Not knowing exactly what I would find, I left for Italy, where I found work as an English teacher in Padua (Padova, in Italian).

After a year in Padova, I returned to Eugene, and then found my first programming job, with CKS Partners, in Portland, Oregon.

After from Portland, my next stop was San Francisco, where I worked for Linuxcare. I was involved with their purchase of a nascent Italian firm, Prosa, and I moved back to Padova to be part of that operation.

As happened to many dot-companies, things didn't go so well, and so I struck out on my own as an independant consultant operating under the name DedaSys, both in Padova, in the California Bay, and then Padova again.

Ilenia and I moved to Innsbruck, Austria in the spring of 2007 so that she could pursue a post-doc position at the University of Innsbruck, in the field of biotech/proteomics. I am currently working on some product ideas for DedaSys.

After Austria, we moved back to Padova. We really enjoyed our time in Austria, but we decided that it's probably not where we want to raise our daughter. Our son Daniel was born in Padova.

After nearly 15 years of Italy (and Austria) we are now in Bend, Oregon, which has a lot to offer in terms of great outdoor stuff, good schools, and a budding startup scene.

I occassionally add to my collection of stories, anectodes and observations of what it's like to live in Italy: "The Real Italy" (formerly, "The Padova Chronicles").

I got my start cycling with a mountain bike, riding on the trails around Eugene, Oregon, and it still makes me happy any time I get on a bicycle and go. I used to race both road and mountain bikes, and still love to ride. While living in Italy, I have been fortunate enough to have seen a lot of big races, such as the Giro di Lombardia, several stages of the Giro d'Italia, a stage of the Tour de France, and of course the Giro del Veneto, which passes over the roads I have ridden countless times myself. During my 1995-1996 stay in Padova, I occasionally tagged along with some professional cyclists, who were really nice guys, and a lot of fun to ride with. Of course they were way, way faster than me, but more often than not, they were riding to train, not to prove how fast they were.

My bike shop of choice in Padova has always been Cicli Morello, in Via Sorio, run by Mirco and Roberto. I have one of their custom made road bicycles, and it is a joy to ride. In Eugene, I recommend Paul's. They have always treated me really well, and I worked there one summer, as a teenager.

GPG is a program for sending encrypted information, or digitally signing documents or files.

Here is my GPG fingerprint: